Jackie is Sammy‘s daughter and lives with us from day one. She is our gold standard and shows us how healthy, not traumatized pets behave.

At our last visit, the vet said she has a strong self-confidence, and this really is her most significant character trait. She loves to roam outside, even over night in the warm season. When she was younger, she very often brought us dead mice. She is a typical cat, very cuddly, but only if she wants to. But if she wants to, she follows the human of her choice everywhere, until he/she settles down and she gets what she was after. She is the boss. It didn’t take long for her to get used to the dogs, there is an agreement between them, like: I leave you alone if you leave me alone. She sometimes shares the sofa with Janet who is calm most of the time. But she keeps a proper distance from  Sam, whose barking and running around disturbs her peaceful naps. Nevertheless, sometimes Jackie and Sam get really close, sniff each other and move on, so there is no hostility between them.

Other cats are tolerated if they accept her leadership, like Sammy did. There were some fights with Micky, who also wanted to be the leader of the cat pack. So we decided against taking in other cats for now. Jackie was born in 2004, she is not that young anymore, but still in good health. So we hope for many more cozy hours! 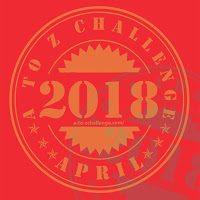