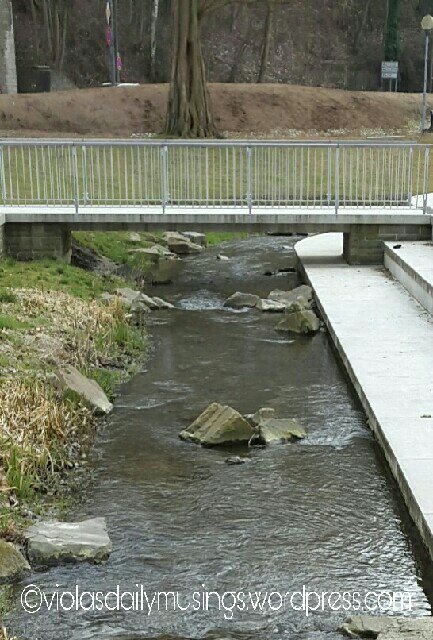 There is this woman in my OT group, mid forties, divorced, her daughter is sixteen years old. She has had headaches for years (no exaggeration), until they found a tumor in her brain, which was the reason for the pain. The following surgery had consequences: One side of her face is paralyzed (looks like she had a stroke), and she is blind and deaf on this side, too. She also has problems finding the right words sometimes. And these are just a few of the problems she has to deal with daily.

She had to fight for her disability pension. She fought with her health insurance to get a special kind of hearing aid that sends the noises from hear deaf side to the hearing ear, and was told “You still can hear with one ear, what is your problem?” But these things weren’t the worst.

The worst thing is that her daughter is mobbed in school because of her, like “She’s the one with the retarded mother”. Her daughter often doesn’t want go to school, because she sometimes just can’t deal with those things. Finals will be soon, she shouldn’t miss classes now, and it is too late for changing schools at this time.

So her mother talked to the teacher. He knew what was going on, but said there was nothing he could do, because “These pupils just come from difficult family circumstances”.

So she went ahead and talked to the headteacher. She told him everything and suggested to educate her daughter’s class about mobbing. She suggested to take time for this, like a week. Just the facts, without mentioning her daughter or blaming other pupils.

One week is too long, but a day could be spent on this matter, the headteacher decided. The mother has to provide the teaching material, because this is the first time this school has to deal with this. Her therapist will help her with this in her single OT sessions.

Unfortunately, she will need every help she can get in the next time. A MRT scan two weeks ago showed that the tumor in her brain started growing again. After the first surgery she had been told the tumor had been removed completely. But #cancerisanasshole and doesn’t give up that easily. The next surgery is scheduled for August.

I really admire this woman. She takes care of her appearance, and her problems with finding words doesn’t keep her from talking nonstop 😄. She likes to laugh, is always willing to help others and refuses to give up. Sadly, her story is no exception.